Advances in biotechnology have led to multiple strides in protein synthesis, including commercial peptide production. Peptides are structural bonds that facilitate the linkage between amino acids to form proteins. 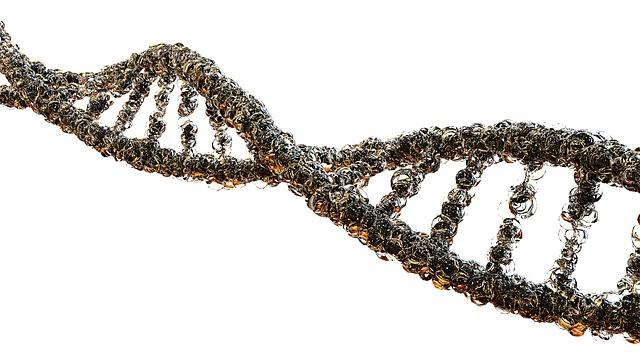 Recombinant peptide production is at the heart of multiple pharmaceutical applications that help improve the quality of life for many individuals. For instance, the process facilitates the linkage between amino acids that would otherwise not bond, leading to the synthesis of unique proteins.

The process begins with custom antibody, a natural process, although technological advancements facilitate chemical synthesis. Below is everything you need to know about recombinant peptide production.

Artificial peptide production was a labor-intensive process until solid-phase peptide synthesis (SPPS) came to be. According to one literature review, the technique is a successor to previous or “classical” strategies used to synthesize peptides.

The primary difference between SPPS and classical methods is that while the latter utilizes liquids to form the polypeptides, SPPS utilizes polymeric support. Solid polymeric support is a substrate or surface with a high adhesion capacity for resin or organic compounds, and examples include glass, ceramics, and specific metal surfaces.

Consequently, the first step in SPPS is adhering the resin (can be purely organic or synthetic) to the available polymeric support apparatus. SPPS entails successive chain reactions to form amide (peptide) bonds between amino acids to form a peptide chain.

Amide bonds typically feature one carboxyl group (C terminus) attached to an amino acid (N terminus). So, the chain reaction proceeds unidirectionally from the C terminus to the N terminus.

Another significant factor in SPPS is that it utilizes a protection strategy to keep the chain reaction linear by preventing side reactions that lead to undesirable bond formation. The protective strategy entails using amino-protecting groups to keep each peptide inert until it is its turn to bind with the carboxyl group.

SPPS utilizes the 9-fluorenylmethoxycarbonyl (Fmoc) and the tert-butyloxycarbonyl (Boc) protective groups. The said protective groups are ideal because they allow for simple cleavage mechanisms using an aqueous solution to deprotect protected amino acids, facilitating the reaction. SPPS utilizes selective deprotection to ensure that only one amino acid gets cleaved at a time, preventing side reactions.

Although classical peptide synthesis techniques also utilize protection strategies using different protection groups, SPPS has a bonus step. The solid-phase peptide synthesis technique includes capping to prevent the ends of the newly-formed peptide chain from reacting. SPPD has many advantages, including speed, efficiency, fewer purification steps, and you only require a small amount of resin to form the peptide you desire.

Although peptides play a significant role in biochemistry, some peptides are much more challenging to produce than others. However, SPPS overcomes the challenges that in-vitro peptide synthesis using organisms like bacteria present.

A good example is the synthesis of peptides that bear toxicity towards the host cell, such as antibacterial peptides. Therefore, SPPS presents an efficient technique to synthesize diverse peptides, including amide bonds that do not typically exist in nature.

Peptide Synthesis is At The Heart of Cancer Therapy Research

Given the ravaging effects that cancer has on patients and society as a whole, researchers are constantly working on effective therapies to help counter the ravenous disease. One line of research that holds immense promise is protein synthesis, including peptide synthesis.

Immunogenicity utilizes natural cells as antigens to trigger a natural immune response. According to one literature review, peptide vaccines use synthesized peptides less likely to cause allergies to trigger the immune response. Moreover, the peptides also allow for epitope mapping or an experimental process that helps identify the ideal binding site for the vaccine.

Peptide synthesis is the backbone of recombinant protein production, aimed to improve various preventive and curative therapies. Therefore, understanding the technique is the first step towards understanding its relevance in pharmaceutical research.

Abu Baker https://laimfren.com/ https://bloggingtops.com/ I am a professional marketer providing Paid Guest Posting services. I have many sites and will provide you backlinks to run your business smoothly. Quick service provides you and permanent post here. Reliable and trusted valued work here. Save your time and feel free to contact me. We provide you with 2 do-follow and permanent links. Here is my email ID: abseo2004@gmail.com Skype ID; live:.cid.46b9537cf7ccb7db

Best Lower Abdominal Exercises For People Of All Age

Chris Hansen: TV Host & News Anchor With A Reported Net Worth Of $1.5 Million

OTT React Native App Development — For And Against.